Hit enter to search or ESC to close
Economy

Consumption expenditure in Cyprus has increased gradually following a decline in the period of the financial crisis, during which employment in the Services sector also increased. Meanwhile Cyprus is among EU’s member states with a small increase in the prices of products and services.

These are some of the statistics included in the Statistical Service’s publication “The European economy since the start of the millennium -a statistical portrait”, published on the occasion of Europe Day, celebrated on 9 May.

Cystat said that in the period between 2000 and 2017, consumption expenditure in Cyprus varied significantly, contrary to the European Union where no major fluctuations were noted. 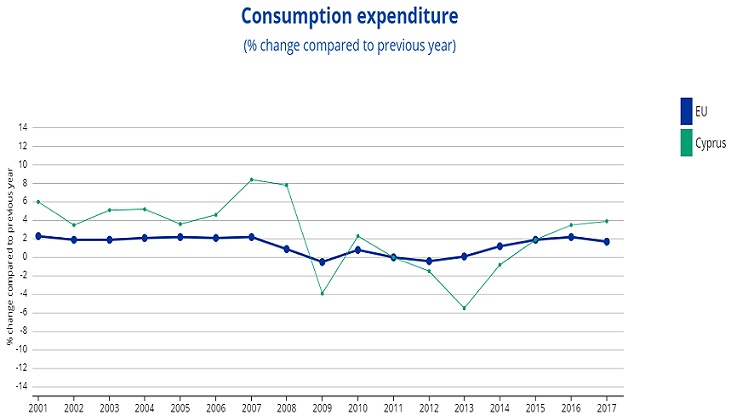 Cyprus, with a price change of 32.8%, was among the countries that saw a small increase in prices. The smallest increase was recorded in Sweden with 29.1%, while Romania saw the largest with 257.0%.

Prices of products and services have a direct impact on the economy but also on the living standards of households. 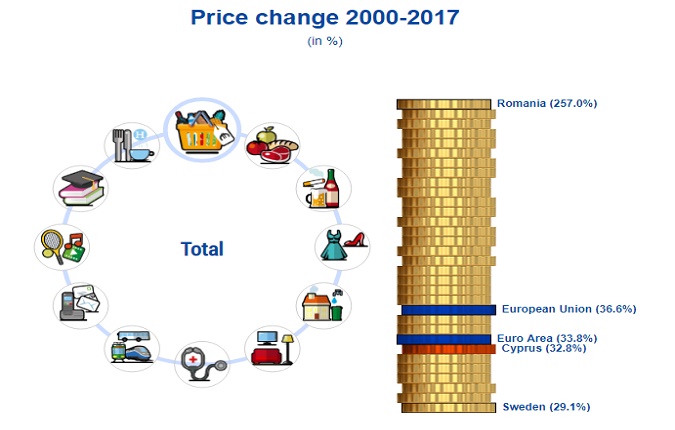 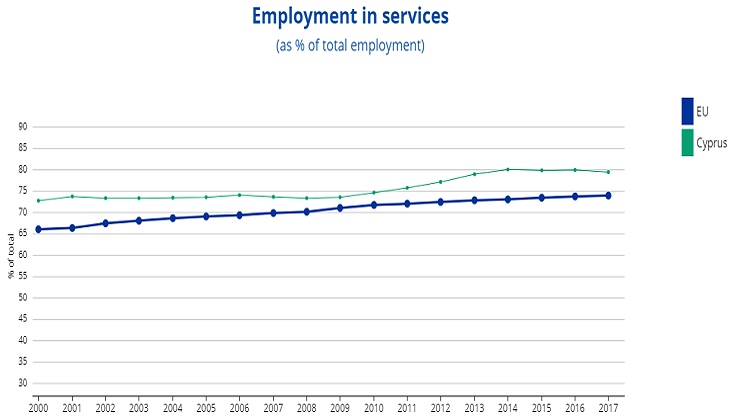 For more information on the evolution of the economy in Cyprus, in the other EU countries and the EU average, you may consult the digital publication “The European economy since the start of the millennium – a statistical portrait”, which presents easily understandable statistics through short texts, graphs and interactive visualisation tools.