Hit enter to search or ESC to close
DiscoverOutdoor Adventures

The hidden gems of the Cold Mountain

We leave sunny Nicosia and head towards the mountains. After the abundant rainfall of recent weeks, everything is in full bloom. Fields and hills have become pleasantly green and the colours are clear and bright.  And believe it or not, after some half-an-hour of driving you will find yourself in snowy foggy mountains

Troodos is an infinite source for exploration with its picturesque villages, well-preserved historical sites, beautiful pine forest and unique wildlife. We went all the way to the snowy peaks, bought some goodies, talked to the locals, and discovered Troodos’ well-kept secrets.

Reaching the top of the mountain towards the ski resort, we make the first stop at the Jubilee Hotel (25 420107), a 1935 building that declares itself to be the highest altitude hotel in Cyprus, for a cup of hot chocolate — a sweet necessity on cold winter days. The car’s thermometer warns us that it is +1C outside and we feel the cold blast as soon we open the door. Everything around us is white while grey clouds and frosty winds add to the winter landscape. 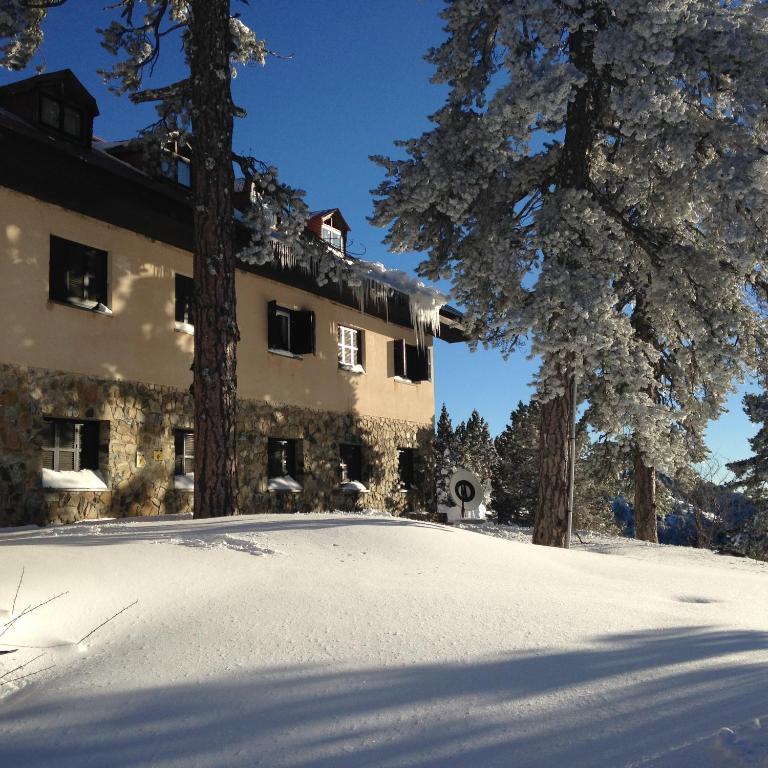 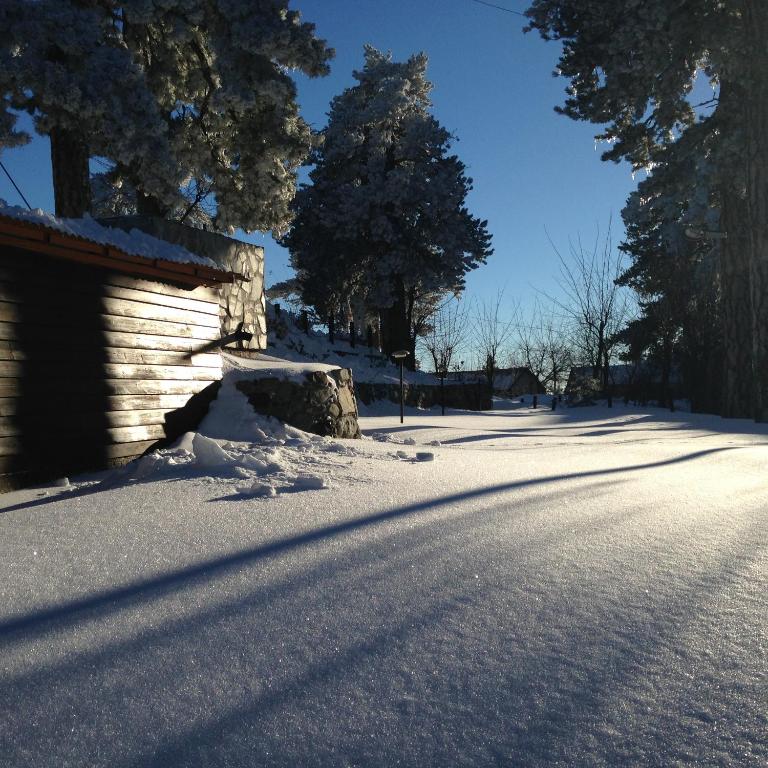 We sat in the cafeteria with the varnished chairs and the striped upholstery, and from the large windows we see the old trees and surroundings covered with the snow while the chocolate arrives in big cups topped with whipped cream.

Shortly after the last sip we continued our way to the peak of Troodos.

There is the only ski centre in Cyprus. Here you can rent all the necessary equipment, learn skiing and enjoy ski and après-ski – mulled wine, hot sausages, hot coffee at the sunny terrace with your friends.  “The slopes open as soon as the layer of snow is sufficient. The season lasts until mid-March,” says Andreas Sofroniou, the owner of the Cyprus Ski School (99 516590)

Next stop: Agros, the village famous for its roses at the small shop called Niki’s Sweets where Mrs Niki (25 521400) charmed us with her hospitality, kindness and incredible traditional sweets and treats. Here you can find more than 60 different kinds of Cypriot products: jams, spoon sweets, compotes, sausages, lemonade, and much more. 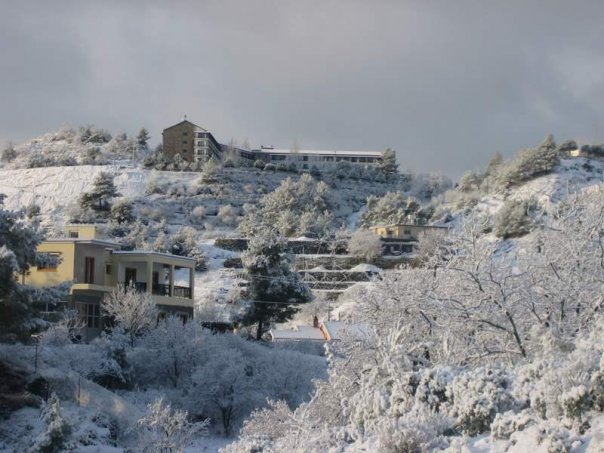 Afterwards we passed by deli “Allantinka Kafkalia” (25 521426) which is considered one of the best places in Cyprus where you can taste real Cypriot sausages called loukanika made of selected fresh pork, wine, salt and spices. The meat is minced, marinated with coriander seeds, black pepper and salt and then left to mature in dry red wine for 7-15 days.

Refrigerated or not, loukanika may be kept for long periods and may be fried, baked, grilled, chargrilled. They could be even eaten raw provided that they have matured enough by drying under the sun 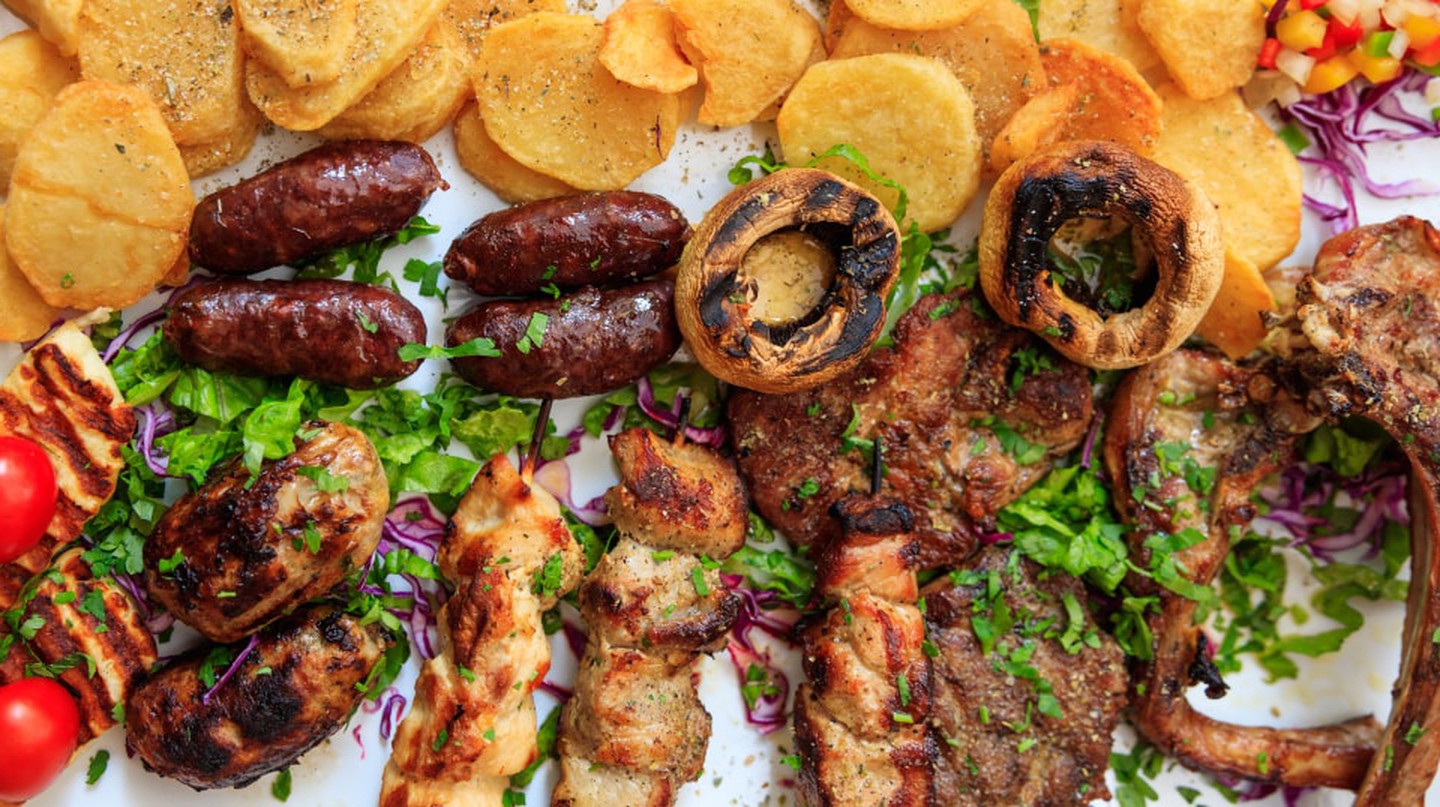 Our next stop – Pedoulas, a village famous for its springs, Byzantine Museum and 12 churches, ranging from a 15th-century chapel to a 1930s cathedral. The most important is the Archangel Michael church built in 1474, which is a UNESCO World Heritage Site (along with nine other Painted Churches in the Troodos Region)

In the afternoon we arrived at the Kakopetria’s most popular hotel –  The Mill.   Location

Built in a rustic style at an altitude of 700 metres, The Mill Hotel and its warm spacious rooms are all we need after a day of walking and driving in the snowy mountains. A spectacular building, set in the centre of Kakopetria with the river flowing beneath has a fascinating story behind it.

The story of the Kakopetria mill in the Solea Valley, which is known as “The Mill on the Corner”, begins in the middle of the XVII century. It was built by a monk as a gift for the Monastery of Ayios Nicolaos tis Stegis (St. Nicholas of the Roof). As the mill was one of the largest in the area, it became very well known and drew people from all over the region, even from the other side of the mountains and as far away as Limassol, Pissouri and Paphos.

At the restaurant on the fourth floor we had hot tasty vegetable soup while staring at the window: the village looks so different and charming at night!

The next morning we walked in the narrow streets of the village where you can hear the river wherever you are. We bought herbal tea in sachets and took the road back.

Our last stop – Galata Bakery (22922337) where the smell of the freshly baked bread tickles the nostrils, starting from the parking lot. The owner, Mr Michalis told us that his mother made buns and bread in a wooden oven since 1953 and now he continues her job. “We supply all of Cyprus and we also send our traditional rusks to Greece, America and Australia,” he said proudly

We got a cheese pie for our way back and full of pictures and nice memories from the countryside, we return to Nicosia.